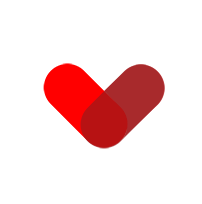 The Top 5 Food Waste Sources (& How You Can Stop Them)

As it turns out, there is no single culprit for the world's food waste. This issue stems from a number of places, and we've taken it upon ourselves to dig for some answers. Food waste sources are anything but few and far between, and determining just where the problem comes from is exactly how we'll find our solution.

We're eager to share five of the world's top food waste sources, and some actions everyone can take to change the fate of this garbage. At the end of it all, you may just be surprised where the hunt for food waste's biggest culprits leads you.

Why Finding Food Waste Sources Is So Important

Why does it matter where our food waste comes from? Isn't it all just a lump of trash that shouldn't have found its way to the bin in the first place? Well, not exactly. Food waste harms the environment in a number of ways. If we're to make any progress on the food waste front, we need to know exactly where those pesky scraps are coming from. Getting to the root of the problem is key in establishing a new normal and altering the systemic disruptions that have gotten us here in the first place.

Cities hoping to implement food rescue programs need data to discover how to go about things. To add to it, the only way we're going to know how much progress we've made in reducing food waste is by peeking at the sources of the remains. The Natural Resources Defense Council (NRDC) tracked where food waste was coming from in Denver, Nashville and NYC—and they ultimately used that data to implement change.

While health care facilities are meant to be a place where people can heal, they fall short when it comes to healing the environment. As a noteworthy contributor to food waste, hospitals, nursing homes and other health-oriented establishments discard food items as part of their daily routine.

Food waste at places like these depend on the number of inpatients and employees a facility has. At the low end of the range, a hospital employee may discard 32 pounds of food annually; but the high end of the range reaches a staggering 3,500 pounds per employee per year.

Restaurants actually make up a whopping 40% of the world's food waste. In America, a culture that seems comfortable with tossing goods in every sector, restaurants have made their mark in the landfills (think 133 billion pounds of waste per year. For chefs and other professionals in the industry, this is a painful reality—living in a system built around convenience is no light task.

If you can't visualize 133 billion pounds, think of it this way. It's the equivalent of 33.5 million cars!

So how have we reached such staggering metrics? US restaurants tend to serve large portions that people don't finish. Moreover, there's a lack of proper planning in food purchasing and preparation in the first place. Without someone on the outside coming in to rescue lost meals, it's so difficult to match demand and supply. But doing so would give these dining establishments a boost in profit, as well as keep their carbon footprint to a minimum. Plus, many restaurants want to give their surplus meals to people in need, but their volume is too low for a pickup service to make the route.

Read more about Why Restaurants Must Throw Away Food (and what you can do about it) here.

A hefty 10% of US food waste can be traced back to grocery stores. But what makes this major source of organic matter such a fervent contributor to a wasteful culture? A few things come to mind. Ugly food is a no-go in most grocery stores, so much of the produce actually fails to reach high standards of appearance. Though we're all taught never to judge a book by its cover, it seems that's just what these supermarkets are doing.

Grocery stores have a lot of habits, one of which is continuously stocking the shelves so they appear abundant. Everyone loves a thriving supermarket, no? But all is not what it seems. Much of this goes bad, simply because of unwise handling.

If you've ever made use of catering in your life, just know that there was probably food waste involved. As one of the largest contributors to food waste, place like bakeries, cafes and other catering facilities have a penchant for chucking the rind.

What's more shocking than the fact that caterers and bakeries waste so much edible food is their ability to fix it. According to Champions 12.3, if a catering establishment spends one dollar on efforts to reduce food waste, they'll earn another six bucks from all their conservation efforts.

Residential homes are not immune to food waste's environmental effects. Actually, households are right up there with restaurants, proving just how serious we ought to take our leftovers in the back of the fridge.

On average, a single person wastes about 3.5 pounds of food per week. Translate that to a family of four, and extend it into a full year—welp, that's magically 728 pounds of food wasted in a single household, in a single year. It's almost hard to believe how easy it is for things to get out of control, but the facts are right in our faces.

A Correlation Between Wealth & Waste

Food waste doesn't see borders. This issue is a global one, where nationalities don't mean a thing. But just because it happens everywhere doesn't mean all of us are on the same level. As it turns out, there's a positive correlation between a region's wealth and the level of food waste they produce.

You're telling me...the wealthier a place, the more likely it is to be a food waste hotspot?

Yup. When it comes to consumers, a higher household wealth means more food waste. With a higher income comes the desire for greater convenience, ultimately leaving people to develop unsustainable eating and disposal habits. Of course, not every wealthy home has wasteful habits. Still, this correlation makes us wonder where the priorities of the comfortable class lie, because these are the same folks with the capacity to truly make a difference.

How You Can Stop Food Waste in Its Tracks

As foodies ourselves, we know that we don't have to sit back and do nothing. Here are a few steps you can take to halt those precious scraps before they become waste.

Whether you're a brunch shop owner, housekeeper or cafeteria manager, you belong somewhere in the food waste chain of command. Start by figuring out where you fall; only then will you be able to take action.

Homeowners, do you buy too much produce for the week ahead and wind up throwing a chunk of it in the trash? Bakers, do you overestimate how much grain you'll need in any given period? If you're asking yourself the tough questions, you're on the right track.

Once you've determined where and how you're wasting food, you can implement diversion tactics. Instead of tossing your coffee grounds, try composting them (centralized composting is the bee's knees). Instead of avoiding broccoli stems, peel them for your next stir fry. Chefs, serve smaller portions; you'll save money and waste less of the food you dearly value.

Do you shop at wasteful grocery stores and eat at chain restaurants? Maybe it's time to switch your attention to organizations who know the effects of their consumption or are willing to listen and make a change. Businesses who actively recover and redistribute meals are always a great place to put your dollars (think Lovvett, who links eaters with merchants for seriously discounted and delectable food saved from a landfill fate). Co-ops and farmers markets will do wonders for your conscious consumption, and cafes with food bank or soup kitchen partnerships are high on the list of trustworthy places to sip a cup of joe.

These Food Waste Sources Aren't All to Blame

Are there only five sources of food waste? Absolutely not. If that were the case, our culture would probably be lightyears ahead of where it is now. But as five of the top food waste sources that we know of, restaurants, residencies, hospitals, caterers and grocery stores do major damage. But let's not forget, they also hold major potential, so long as our culture has the will to change the course for food waste sources. 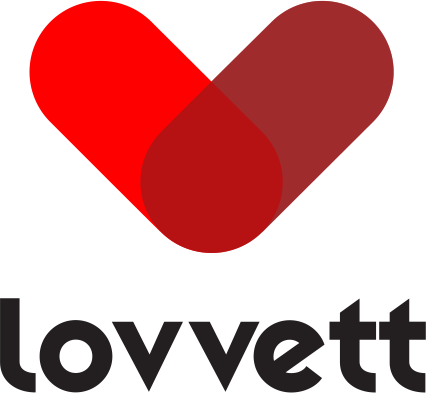